The Voice of Love

So the legend goes… Somewhere around 270 AD, an Italian priest named Valentine was imprisoned for performing weddings for soldiers. Empire soldiers were forbidden by Roman law to marry because Emperor Claudius felt that soldiers who longed for home were distracted, prone to desertion, and simply not as good in battle.

Valentine’s jailer had a young daughter who was blind. She was fond of Valentine and would visit him in his cell where he would teach her. The story is that Valentine performed a miracle and restored her sight, which enabled her to see and read the farewell letter he sent her… right before he was beheaded!

He signed that note, “Your Valentine.”

That priest, of course, was a martyr for his faith and became the very Saint Valentine, we celebrate in the name of love on Valentine’s Day.

In The Name of Love

But what about those soldiers? They knew that to marry their true love was a crime, but still, they did it.

It turns out their emotional connections may have had more agency over their choices than their logic.

Many scientists believe that emotions are, for better or worse, the dominant driver of most meaningful decisions in life.

Our work here at inVibe, substantiated by research conducted around the world, shows that emotions are detectable by analyzing unique signals in the human voice. For example, people speaking with someone they perceive to be attractive will tend to use a lower pitch when they talk. The same researchers asked people to assess if the person they heard was attractive to them — based solely on subtleties in the voice. When an image of the person was revealed, people’s voice-only assessments of attractiveness were highly accurate.

Some of the subtleties in voice are measurable through deeper looks at acoustic categories, specifically activation, dominance, and valence. 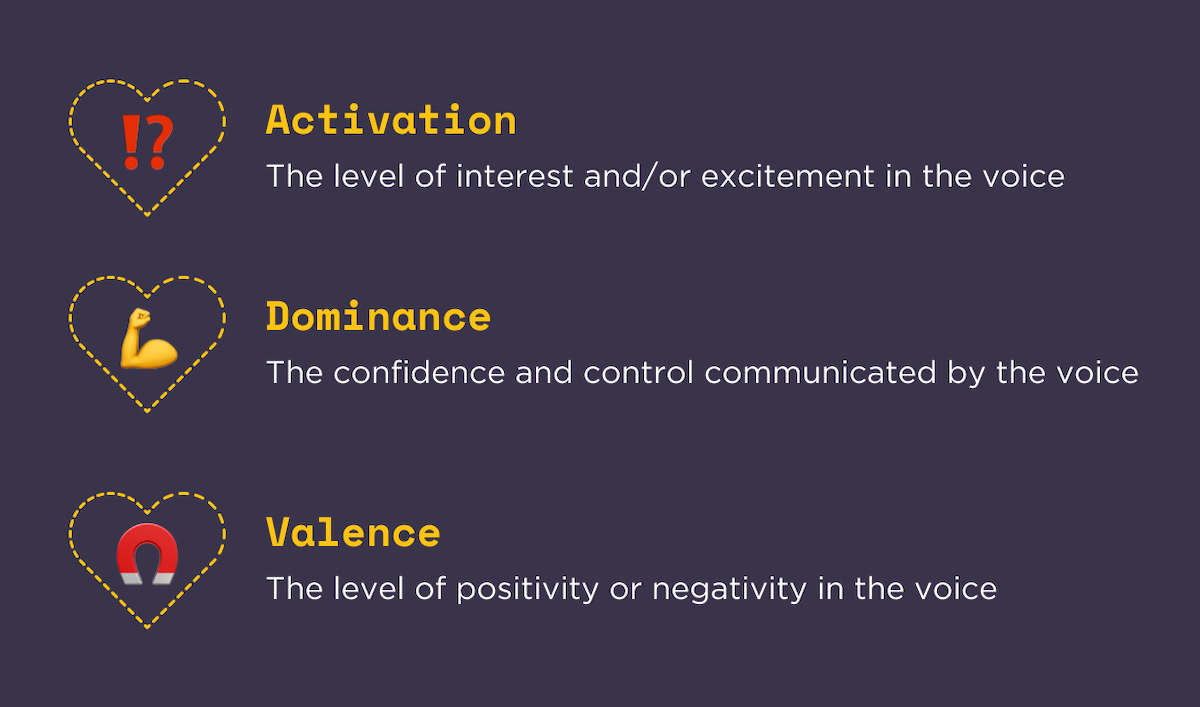 In Sickness and in Health

When it comes to making health-related decisions, research suggests that feeling good or bad — contributes to healthy and unhealthy choices.

People feeling sad are more likely to decide to smoke, drink alcohol to excess, and eat poorly. Emotions contribute not only to questionable behaviors but also to our perceptions of the risks associated with those behaviors.

At inVibe, our researchers are paying very close attention to the implications of discrete emotions including negative ones (anger, fear, sadness, or disgust) and positive ones (joy, gratitude or pride). When we dig into emotions that seem fairly close to each other in terms of valence, like fear and anger, we learn that there are substantial differences in how each of these impacts what actions we are likely to take in the future. A patient who is fearful because of a diagnosis is more likely to be uncertain, whereas a person who is angry is more likely to take risks and to minimize how dangerous those risks will be.

Evidence shows that when people feel connected, supported, heard, and understood they do better. 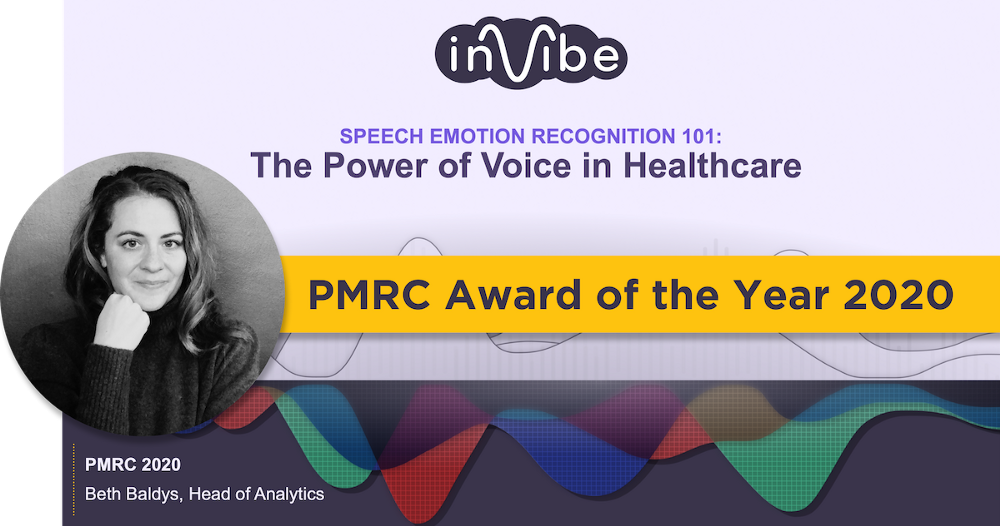 Our next post will focus on highlights from our time at #PMRC2020. Each year at PMRC, attendees vote on their favorite presentation. This year, that high honor went to our very own Beth Baldys for her talk on ‘Speech Emotion Recognition 101: The Power of Voice in Healthcare.’

Beth will do a deep dive into some of the key points from her PMRC talk, including the science behind SER research, examples of how we can use this to better understand our customers, and where voice research is headed in the future.

We wish you all a lot of love this Valentine’s Day and all year long.

Oh — and remember, when you profess your love to that special someone, perhaps pay a little more attention. Is your pitch a little deeper? Is the rate of your speech a little more deliberate? What about your timber, is it a little softer? (hint: it’s a good idea!)

That’s the linguistics of love.

When you are ready to understand the emotional aspects and clues of your patients’, physicians’, and payers’ journeys, please contact us.

We are ready to listen.

Be sure to subscribe to stay up to date on the latest news & research coming from the experts at inVibe Labs.